I know, it’s been a while since I’ve published an article and I apologize for it. The vagaries of life and a tendency to procrastinate perhaps … But I am righting this wrong today, after having traveled a bit in Europe and have gone green in Bali, today I take you to Mexico, more precisely in the Yucatan, in Mayan land, discover the site of Chichén Itzá, ranked among the new 7 wonders of the world.

Chichén Itzá is located on the Yucatan Peninsula and is arguably the best-preserved Mayan site in the region. It is reached in a few hours drive from the coast of the Gulf of Mexico. It is therefore a must visit place and I highly recommend it if you are staying in the area of ​​Cancun, Tulum and the Riviera Maya.

The place itself owes its name to the wells present, which provided access to water, a precious and scarce resource in the area. Chi means “mouth” and Chén means “well”. As for Itzá (“water wizard”), it would come from the name of the group ruling civilization at that time. 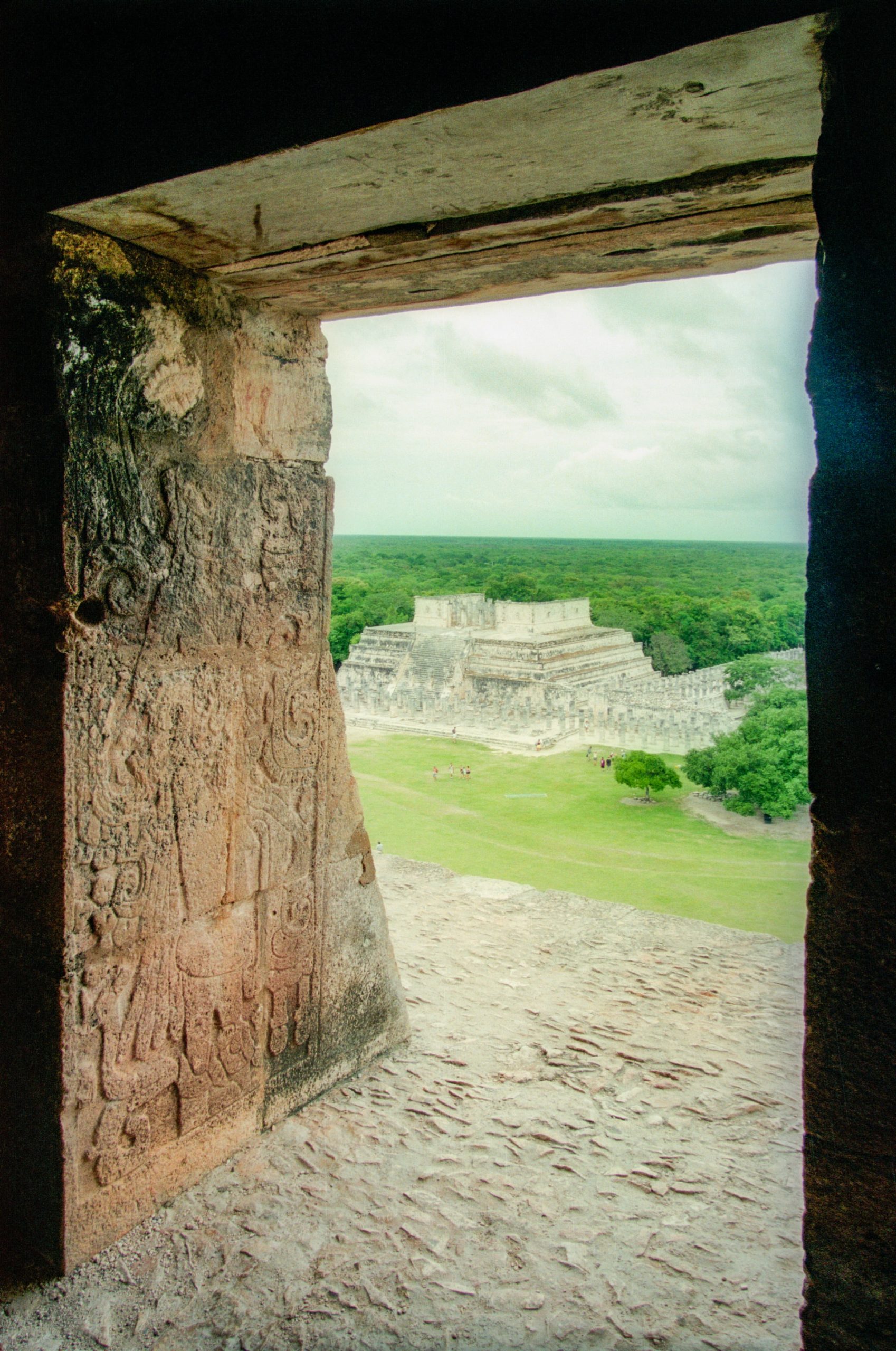 Many monuments are spread over more than 300 hectares. The chronology and history of Chichén Itzá, and more generally of the Mayan people, still generate debate among scholars today.

Even the untrained eye will easily notice different types of architecture depending on monuments, probably corresponding to successive additions at different times.

Among the main ones are:

Mais le plus connu reste la fameuse But the best known remains the famous pyramid of Kukulcán, also called El Castillo (the “castle”) by the conquistadors.

The pyramid of Kukulcán (El Castillo)

24 meters high, it is the emblematic monument of Chichén Itzá. It is not the highest pyramid in the region, but the best preserved. It has been forbidden to climb it since 2007. Could any of you have been there before this ban? For me, it was already too late!

The Mayans were very advanced in the knowledge of astronomy, and the construction of the pyramid demonstrates this. First of all, the building itself is a square base pyramid (4 sides therefore), comprising a staircase of 91 steps on each side. Those of you who are good in Maths have probably already seen where I’m going … 4 sides with 91 steps is 364; added to that the last platform (at the very top, common to all sides) and you get 365, like the days of the year!

But the most impressive happens twice a year, at the Spring and Autumn equinoxes. The sun is then, in a position such that it casts its shadow on the stairs, which forms a serpent ending at the foot of the pyramid with the imposing stone serpent heads that adorn it …

I had the chance to observe this phenomenon myself, not knowing when I went that I had chosen one of those two days of the year allowing it)

Chichén Itzá is one of the major sites of the Mayan civilization, and an essential place to visit during your stay in Yucatan …

If you decide to go, I recommend that you combine your visit with the cenotes, which are plentiful in the area. And if you are there in March or September, plan your visit on the day of the equinox, spectacle guaranteed!